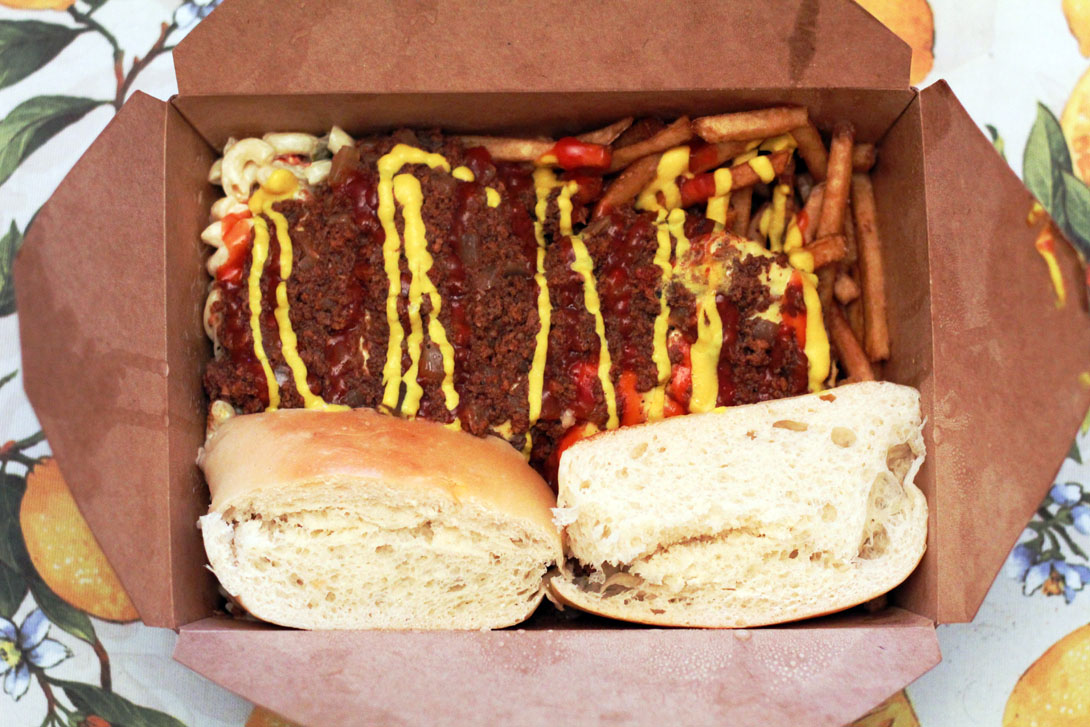 I had the chance to check out the plate offering from Deli Sandro’s in the 19th Ward recently. If you don’t often venture to the 19th ward you may have missed this little gem. Known for their sandwiches, they also offer a plate. For $9.50 You can get the “Plymouth Cheeseburger Plate” which is everything you’d expect it would be. The plate was wonderful; a top 10 nominee for 2019 and a must-try for any plate enthusiasts out there. Let’s get down on it: 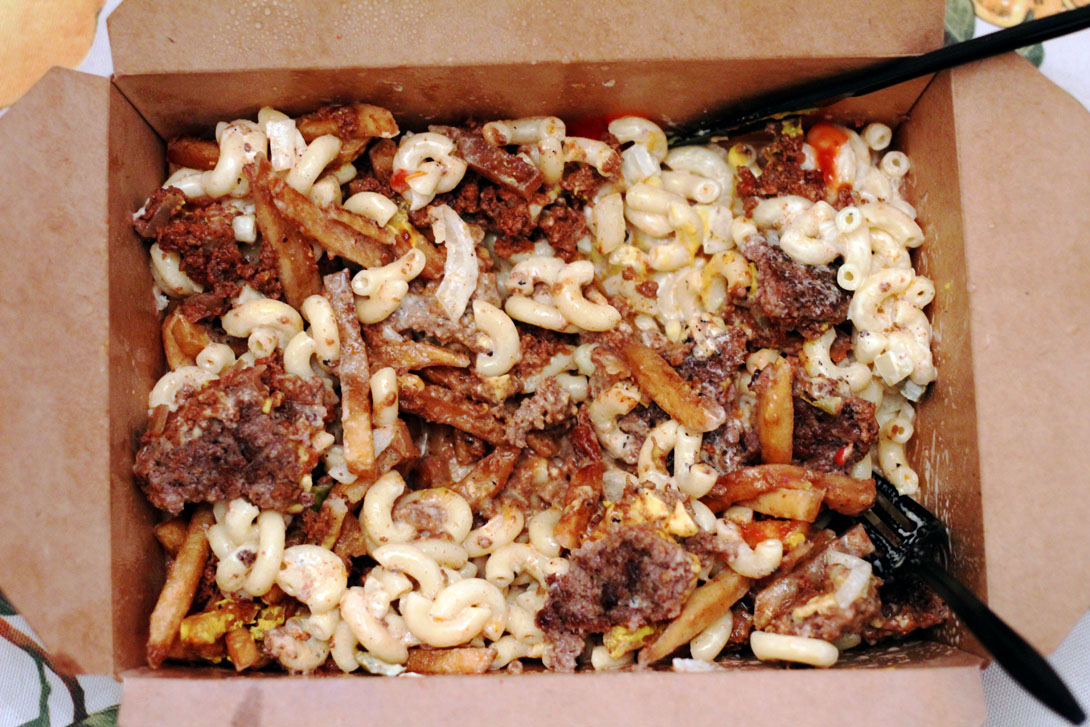 They had one critical violation which I found a bit troubling:

Potentially hazardous foods are not kept at or above 140°F during hot holding.

As we’ve discussed in the past this has the potential to be dangerous. I did some research and found this helpful article from the USDA. It boils (no pun intended) down to this:

If you aren’t going to serve hot food right away, it’s important to keep it at 140 °F or above.

So like, would I prefer that they serve hot food right away and store it properly? Absolutely. Is this as dangerous as the cross contamination that we’ve seen from other places? Ehhhhhhhhhhhh ¯\_(ツ)_/¯. That said, I’m going to deduct a half point from the portion and composition score.

The burgers were quite tasty and cooked well. It didn’t taste like the typical hockey puck style that you receive from most places.

The meat sauce was a bit heavy on the cinnamon for my liking. It overpowered the plate a bit; but after my initial bites I found myself quite enjoying it.

The fries were awesome! Salted to perfection and tasted like McDonald’s fries.

The mac salad was good; but a bit vinegary for my liking. It also had little diced onions in it so if you don’t like onions keep that in mind. That said, it tasted like they make it in house. Of course I have no way of knowing that for sure but that’s just like, my opinion man.

Would you expect a sandwich place to have bad bread? I mean honestly. The bread here was fantastic. It was fresh and had a good taste to it; not bland at all.

I deducted points because the plate was a bit greasier than I prefer. It was a mess on the bottom when I had finished eating it. After learning of their sanitary practices, I deducted another half point. The plate had a good synergy and tasted great when I mixed everything together. I’d also note that there was a bit too much mac salad and the meat sauce was a bit overpowering at times. With all that in mind, this is one of the better plates you can get and for 9.50 it’s a steal!