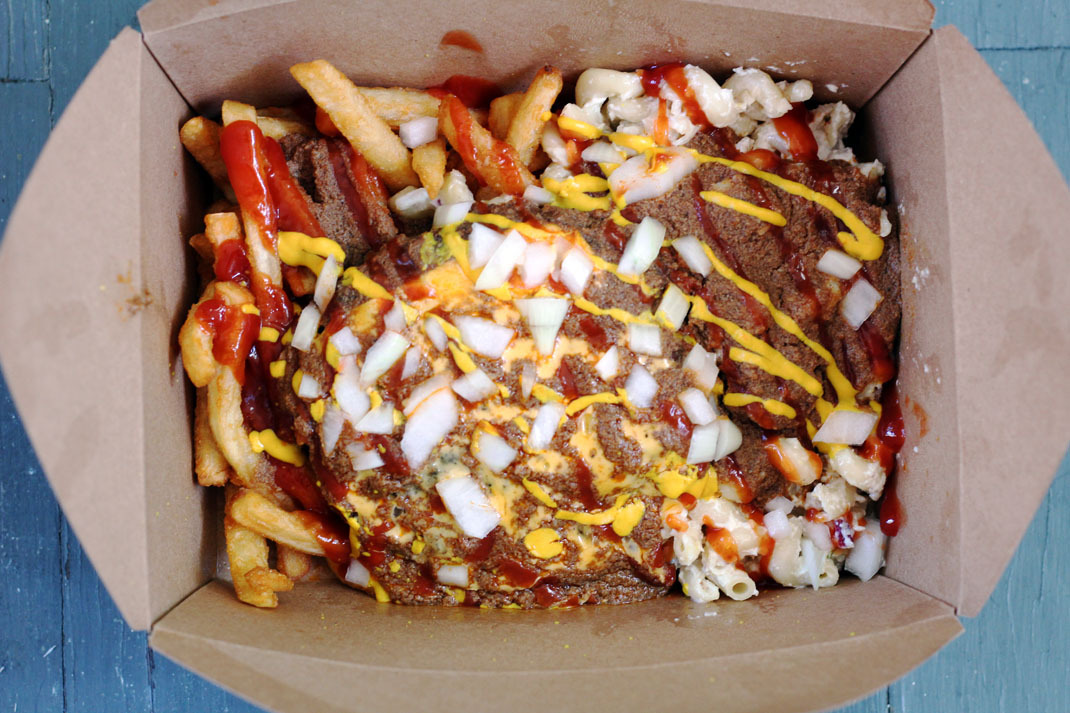 A week or so ago, a friend and I went to the Genny Brew House for a beer while we were out riding our bikes. It was a bit serendipitous as we didn’t intend on going down there. As we were seated and socially distancing, I took a look at the menu and realized that they had a plate offering. Now because I was on my bike, I didn’t bring my DSLR with me, so I couldn’t order it on that day. The next day however I went back and paid $15.02 for their  “Genny Plate”. I quite enjoyed it, let’s break it down:

A review from almost a year ago noted that there were three critical violations, and four noncritical violations. Now, as an astute critic, I must confess that three critical violations is alarming. The problem is that there hasn’t been an inspection since September 24, 2019. That said, I’m going to deduct a full point from their composition score, as is my tradition. I took a look back through their previous violations and I don’t believe this is an outlier; their food safety record is spotty at best. It’s something I noticed with the food itself as well, which I’ll get to later in the review.

Remember a second ago, when I mentioned that I noticed something off about their food when I was eating their plate? Well here it is. As I was eating the plate, I noticed that the burger had a chemical/gas taste to it. I couldn’t help but wonder why, as usually places cook burgers on flat tops. I did some research and I learned that there’s something called “incomplete combustion” whereby the gas isn’t fully burned before exiting the tubing. Which is a possible reason that my burger tasted like gas. This was supremely disappointing as the rest of the plate was quite good.

I’ll also point out that when a place asks how you want your burgers done; this is just for shits and giggles as far as I can tell. I ordered a medium burger and it came out a bit more well done than I would have preferred. I can’t help but wonder why everywhere doesn’t just serve medium. Why ask if you aren’t going to bother honoring the request? Maybe it’s an inside joke that I’m not in on.

The meat sauce here was quite good, and had a nice kick to it. The texture was great and overall it complemented the rest of the plate well.

I thought the fries here were good. They were my kind of fries, a bit soggy and not too crispy. Now, I realize that many prefer a crispier fry, in which case you may be in for some disappointment. But for me, these were great.

I felt they could have added a bit more of everything frankly. The plate seemed small to me when I was eating it. Additionally, I deducted a point from this score for the health code violations (even if they are old).

It’s disappointing that their health code violations and charred burgers got in the way of what would otherwise be a top ten plate for me. I hope that they can rectify these issues and return to plate greatness. I’ll also add that someone from my Instagram page had a similar burger experience on the same day that I had. I fully realize the anecdotal nature of these complaints, but it’s worth keeping in mind. Have you had a similar experience here? Let me know in the comments!