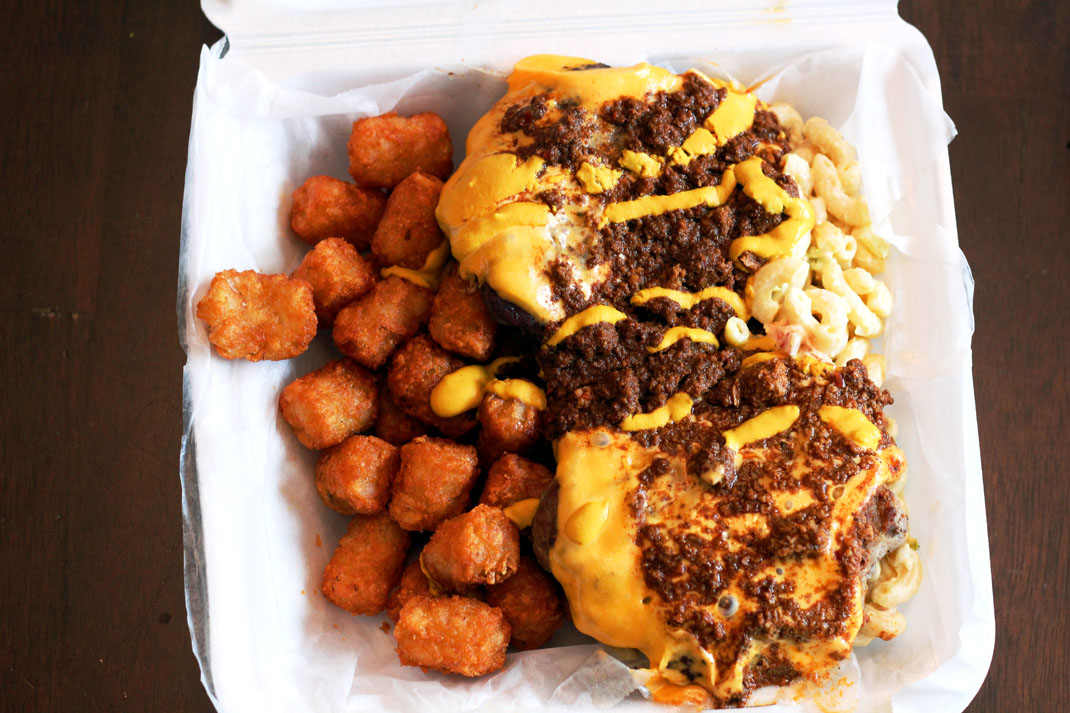 JB Quimby’s and I have a long history. When I worked in Henrietta, we would go there almost every Wednesday for the lunch special. I think it was 5$, but I could be mistaken; and it isn’t clear to me that they still run that special. Quimby’s had been on my list for a while, and it’s a bit surprising that it took this long for me to get around to review it. For 10.50 you can get the “Q’s Plate”. I quite enjoyed the plate, enough for it to make my top 10; let’s break it down: 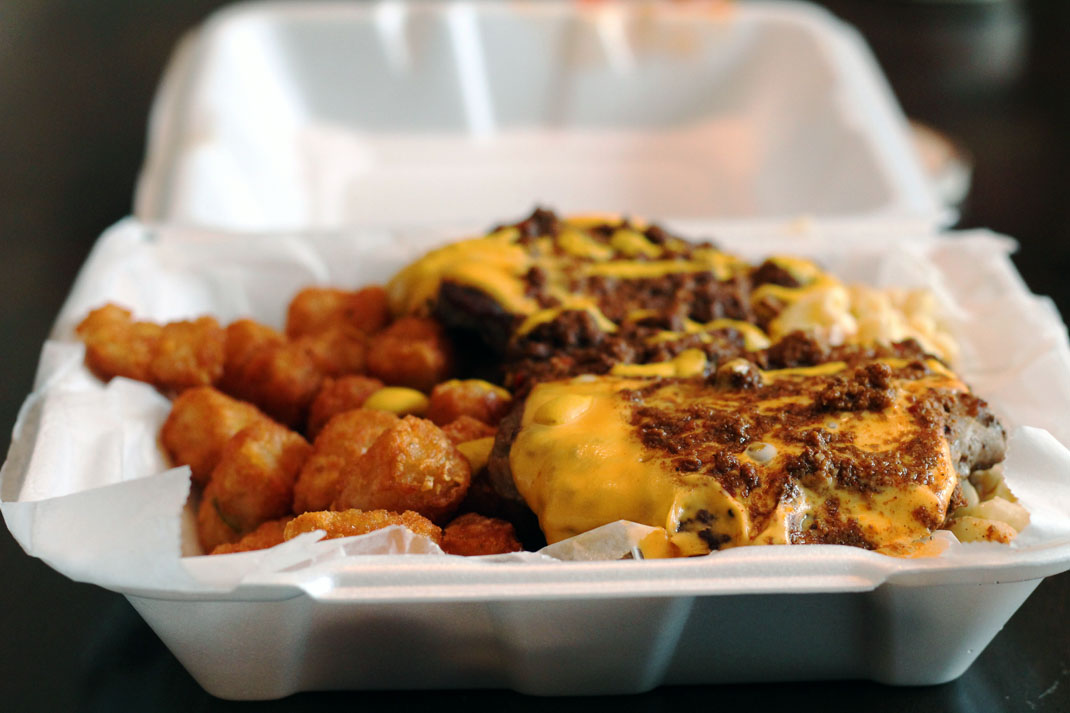 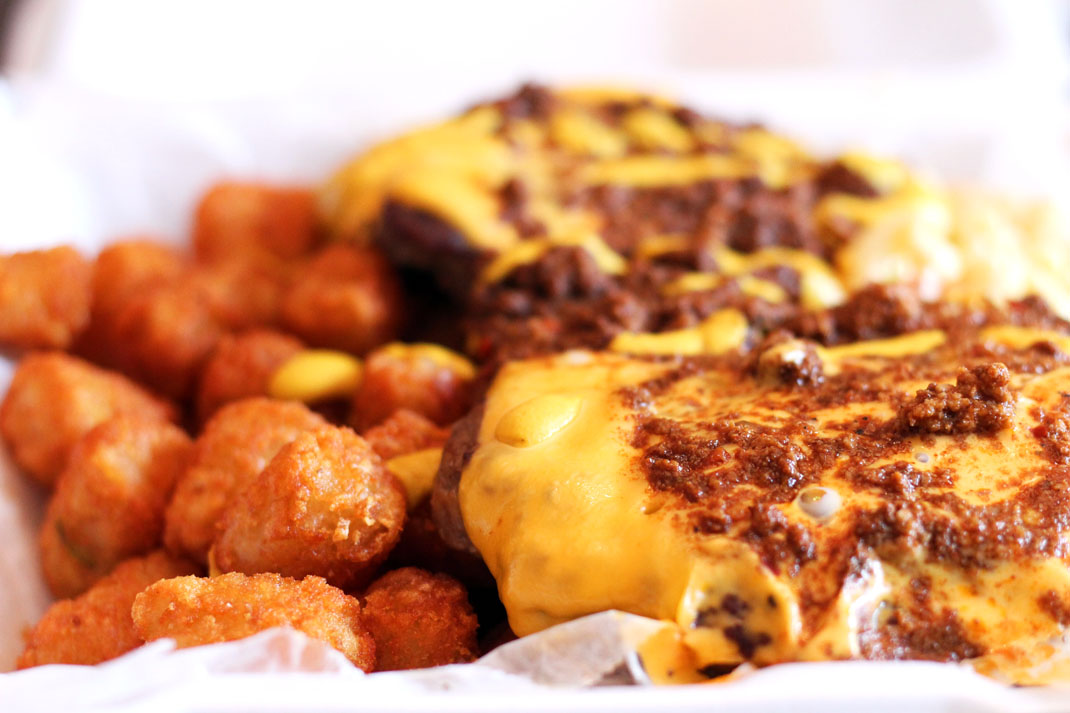 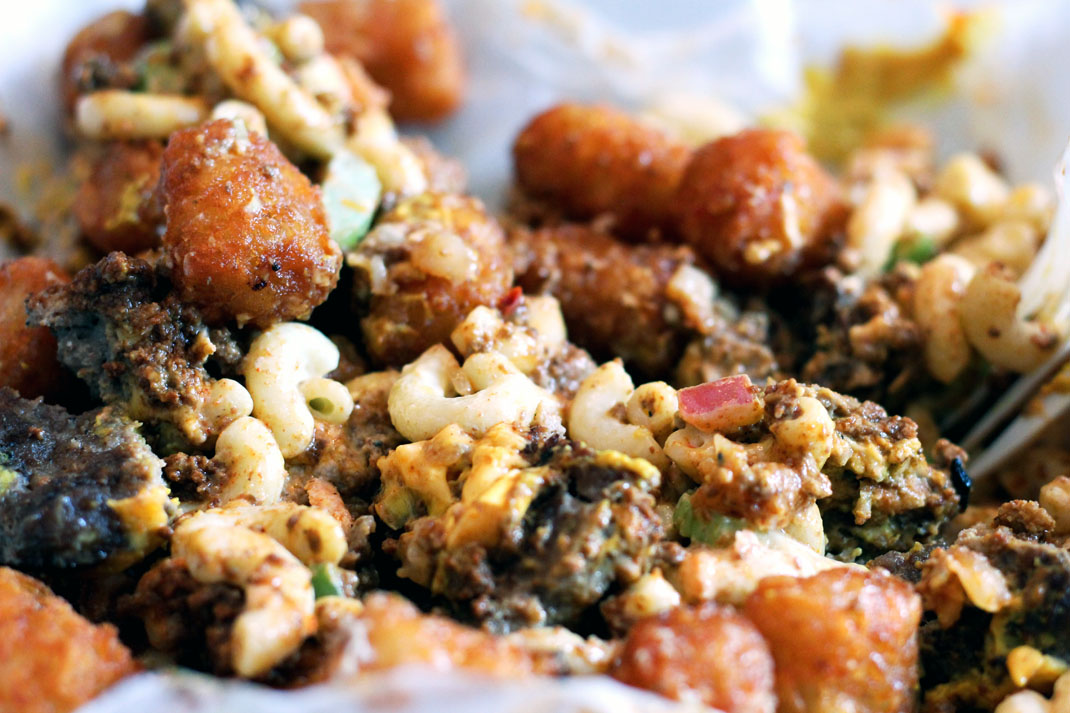 There were more than a few non-critical violations, eleven to be specific. A few lowlights included:

That said, I’m not too concerned about the cleanliness of the place.

The burger was quite good; they cooked it well, and it tasted good. That’s about the extent of it though, it was not the best burger I’ve ever had, but it was quite enjoyable.

The meat sauce had a flavor that I couldn’t quite put my finger on. If I had to guess, it was probably Ancho chili powder or Chipotle pepper powder; it was almost smokey. That said, the sauce had a good heat to it and tasted quite good.

This may sound like heresy, but tots should be the staple potato side instead of home fries. You heard it here first. I love a good tot, and they mix in perfectly with the plate. The tots here were quite good, although I will admit that they didn’t hold up as well as a home fry might.

The mac salad here was also very nice. That said, there were big chunks of celery in it; so if you don’t like celery then you may want to keep that in mind.

The plate had a great synergy. They give you a lot of food and it all tastes great. JB Quimbies was a bit of a surprise to me, I don’t remember it being this good, but it is. It’s sneaky good, a hidden gem in the plate landscape.