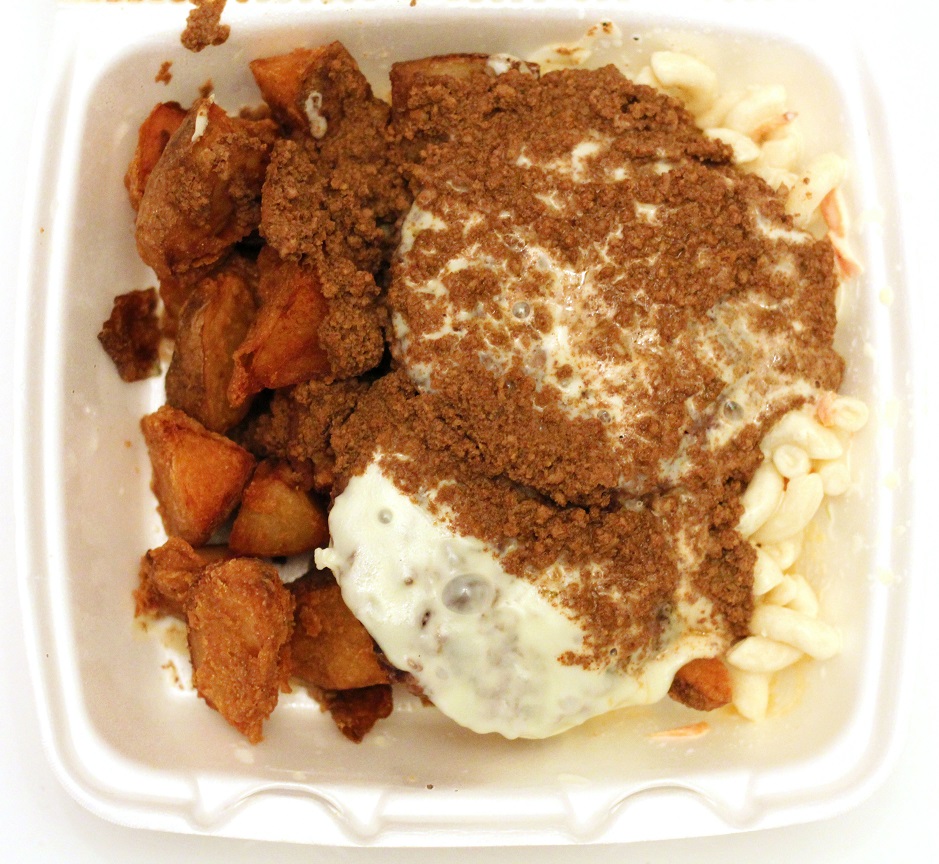 I had a chance to check out Sal’s Birdland in Irondequoit earlier this month. It was a welcome change from the disaster that was last month’s no sauce plate. For 10.79 you can get the “Sal’s Plate” which comes with wedges instead of fries. This restaurant is in a sketchy area and the strip mall it’s in gave me some pause. If you’re at all squeamish about restaurants that look like jails; avoid it. That said, they’re plate was solid; let’s break it down:

After review, I can confirm that they are following the sanitary guidelines. I would eat here again. That said for some reason after eating here I woke up feeling nauseous and unable to sleep. I attribute a lot of this to the drinking that I’d been doing that night but it’s still something to keep in mind.

A place that’s known for its chicken is not somewhere I’d expect great burgers. The burgers were not great. They didn’t detract too much from the plate experience but they were sub-par.

The meat sauce was tasty and enjoyable. It was one of the spicier sauces I’ve had and I appreciated that. I’m just grateful there was sauce at all this time around.

The potato wedges were hands down the best feature of this plate. Potato wedges are dope and go well with the plate experience.

A rather bland mac salad but they cooked the noodles well and it wasn’t too soggy.

This plate worked well together. The meat sauce can be a bit overwhelming and the mac salad was a bit bland; but the wedges make up for it. The juxtaposition between this plate and the last one I had may have caused me to be a bit generous with my ratings. That said, this is a solid plate at a reasonable price.