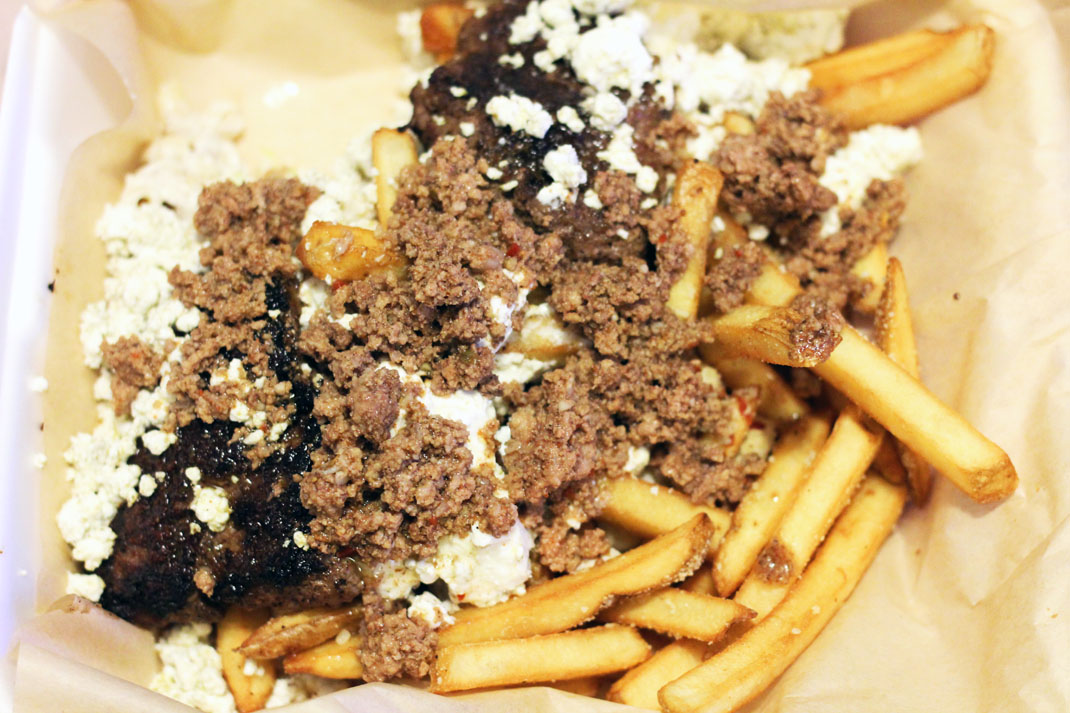 I’ve been going through my top ten list, and ensuring that everyone is still churning out top ten worthy plates. I was going to start a series called “Kill Your Darlings” but my impressions were generally correct about most of the plates I tried.

With all of this in mind, I decided to return to the Angry Goat. Now I should mention (once again) that I am a bit biased. The goat is probably my favorite drinking spot in Rochester. With that said, I tried to remain objective about the food I received. For 15.39 you can get their “Goat Plate”, let’s discuss:

Based on a re-inspection dated September 3, 2020, they had no violations and I would feel comfortable eating here again.

The burgers here are enjoyable, but you can tell from the photos that they were overcooked. If not for this; these could easily be a five for me.

The meat sauce here is quite good, but a bit milder than what I generally prefer. I’ll also mention that two cups is not enough meat hot for me. I’d prefer an additional cup going forward.

They changed the fries. That said, the fries were seasoned with garlic parmesan which tasted great. I prefer the old fries, but I understand why they made the switch.

The mac salad is good, and has large chunks of celery. It isn’t mind blowing, but it is above average.

The chevre is such a unique twist on the plate; and thus far I haven’t seen anybody else doing it. That said, there could have been more meat sauce and the burgers were a bit overcooked and tough. To put it succinctly; the plate lacked synergy.

It’s a bit disappointing to see the decline in quality/ingredients, but these are different times and I recognize that everybody is struggling. That said, this is still an outstanding plate; and one that you should check out if you’re hungry and want to try something different.