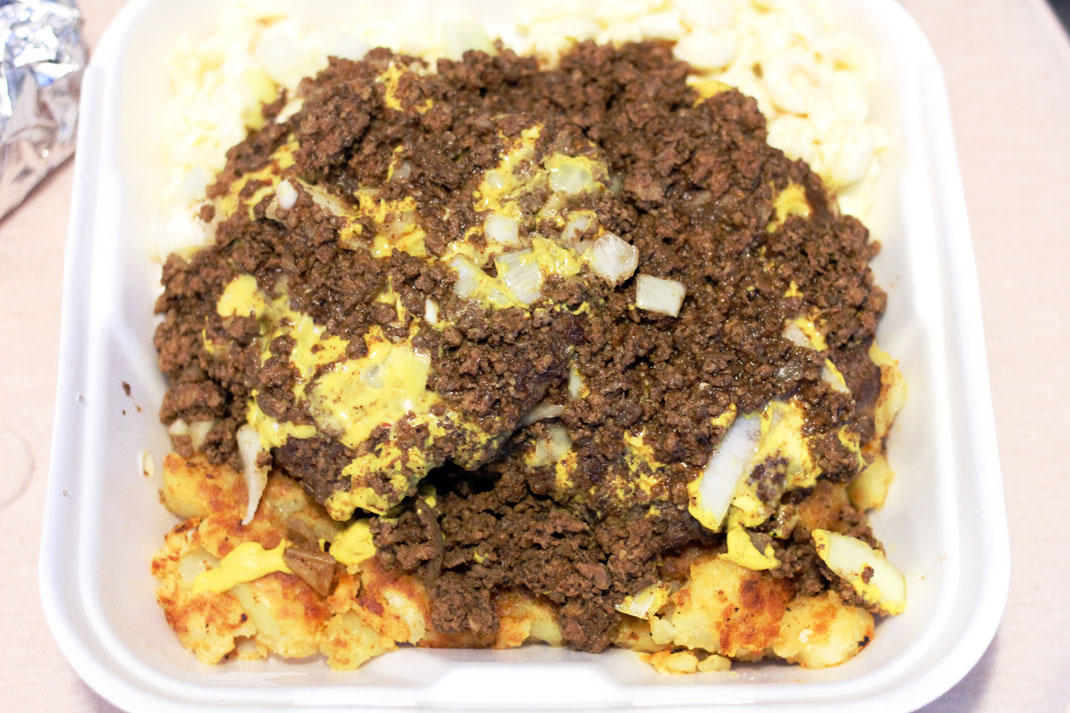 So I’m still behind, but that’s alright I’m slowly catching up. Enough inside baseball for now; let’s talk plates! So I had the chance to check out Maa’s Diner in Webster. For $14.56 you can get their version of the classic plate called “The Porky”. Let’s talk about it:

There was one critical violation from an inspection dated July 30, 2020. Specifically:

I’m going to go ahead and deduct a point from their portion and composition score; which is my general practice when I see critical violations on a health inspection.

Burgers were quite good. They tasted like they were made in house which was a pleasant surprise. Now of course I can’t be sure of this; but they were good. Another thing I’ll mention, is that they asked how I wanted my burgers cooked. This may come as a surprise, but the burgers were actually cooked the way I requested. I like it when that happens.

The meat sauce was a bit mild for my personal liking. I got hints of cinnamon; but it wasn’t over-spiced. A bit bland if I’m being honest.

The home fries here were pretty great. Looked and tasted like they were made in house; which I always prefer.

The mac salad here was rather mediocre; nothing to write home about. Just mayo and macaroni.

The bread was a rather dull and starched white roll. Nothing special, or worth spending any time on.

Initially, I had this as a four. I mentioned above that I was going to deduct points for a critical violation on their health inspection. I feel that the place is probably safe and generally looked clean. But it wouldn’t be fair to the other places I’ve penalized in the past if I wasn’t consistent. That said, the other reason for a non perfect portion score was that the plate itself was rather greasy. I should mention that they do give you a ton of food; and I had a tough time finishing it.

There’s a lot to discuss with this one; the burgers and home fries were a highlight. But some lowlights including the mac salad, and the greasiness of the plate itself. It’s worth checking out if you’re in the area, but I wouldn’t make a special trip.