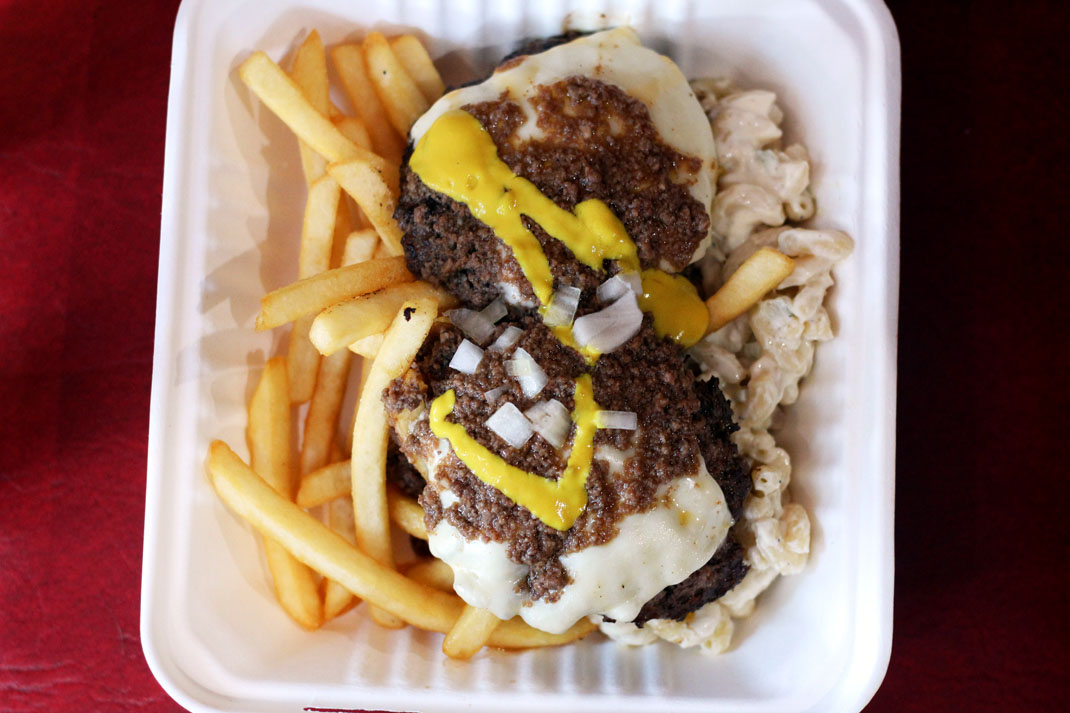 I’ve had Binghamton Hots on my list for a while now, but because I was living in Providence, it made getting out to Binghamton tricky. Now that I’m back in Rochester, getting to Binghamton is an easy trip. Before I jump in, I’ll just say that I was pleasantly surprised by the city of Binghamton itself, it’s pretty nice and quaint. I was expecting it to be a dead decaying place; but it was lively with cute little shops; and there were young people milling about.

With all that said, let’s talk plates. At Binghamton Hots, you can get the “Hot Plate” which comes with just about anything you could want. I got my typical cheeseburger plate, which cost me $11.10. Let’s break it down:

There were a lot of non-critical violations, which is a a bit concerning; but they were nothing too crazy as far as I could tell. I would feel safe eating here again.

I felt the burger was rather mediocre; nothing special. Not bad per say, it just didn’t stand out to me. The cheese they use was pretty enjoyable; it had a good texture.

The meat sauce was also solid, nothing special but quite good considering how far they are from the mecca of plates. I will say that they are fairly miserly with the sauce; I wish they gave more of it.

The fries here were good, they reminded me of McDonald’s fries. They were salted well and delicious.

The mac salad here was decent, it didn’t taste like it’s made in house but I enjoyed it.

The bread here was a standard potato roll that you get nearly everywhere else. That said, the roll I received was gross and flavorless. It also sort of smelled like a used sponge. It was one of the weaker parts of the plate experience for me.

I feel that the plate overall was quite good. I mentioned earlier that I felt they should have used more meat sauce and that the roll wasn’t great. I’ll also mention that the plate itself was fairly greasy; nothing too crazy, but just a bit on the greasy side.

Hadn’t it been for that lousy roll; they would have scored a lot higher. It’s a real pity because their plate is good; and if you’re in the area it really is worth a stop.