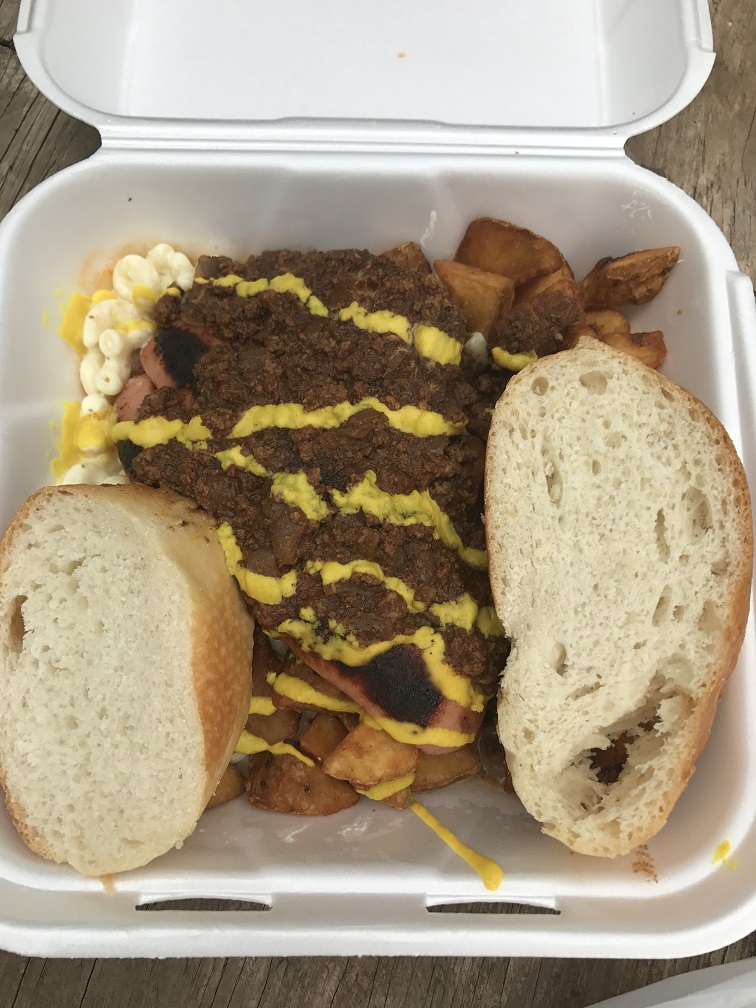 I decided to start my quest at what is considered by many to be the greatest plate in Rochester. I will admit, it’s my go-to when I’m in the mood to celebrate. At Dogtown I order the split plate with home fries, mac salad, meat sauce and mustard. As far as I’m concerned, Dogtown has one of the best hot dogs in the country. Ordinarily I choose the two cheeseburger plate but at Dogtown I get the split plate (one hot[dog] and one cheeseburger). 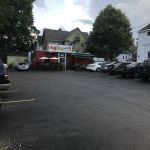 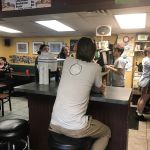 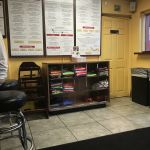 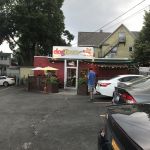 On this particular outing I arrived at Dogtown during one of the busiest times I’ve seen it. I arrived at Dogtown at roughly 7pm on a Friday night. From me walking in the door it took 17 minutes for the plate to arrive in my hands. Typically this is quicker but again the place was jammed. Had I arrived 15 minutes later, I’m sure that I would have waited less. They still cranked out a good plate but I’ve had plates here in the past that have been better. The total cost of the plate was $8.64.

I’ve analyzed the plate I received and using the rubric I created here’s how everything shakes out:

The burger was a bit tough and they scorched the dogs on the bottom. I attribute this to the high velocity of orders at the time in which I ordered my food. That said, the dog was great and the burger was palatable.

This is where Dogtown tends to stand above the rest of the competition. Their meat sauce is superb; it isn’t overbearing and it doesn’t mask the rest of the flavors on the plate. It’s subtle; if I can say that a hastily scooped meat sauce can be subtle.

Dogtown is unique in that they’ll give you home fries instead of french fries. While their fries are decent the home fries are superior. I appreciate not getting jabbed in the cheek with potato as I try to cram a fork-full of food in my mouth. The home fries are not only delicious but they are of a tasty-utilitarian nature (you heard it here first folks).

One of the more disappointing aspects of the dogtown plate is the mac salad. I yearn for the day when their mac salad isn’t a boring slog through elbow mac drowned in mayo and pepper. It’s gritty and mediocre.

Fresh bread; I fucks with it. It’s a nice compliment to a good plate. I’ve rarely received bread from dog town that wasn’t fresh. While I generally eschew the bread at dogtown; I eat the bread.

It’s a delicate balance; but I’d say the composition was good. Would I have liked to have had more food in general? Yes. Do I need more food? Probably not.

One of the most important things for me regarding Dogtown is the consistency of their plate. It’s almost always the same and despite small defects (overcooking a burger/dog) the taste profile doesn’t change. Their plates are also not greasy which is a major plus in my book. Although this particular plate was not their best effort; I can say with confidence that I’ve never had a bad plate at Dogtown.