Happy Days On The Go – Review 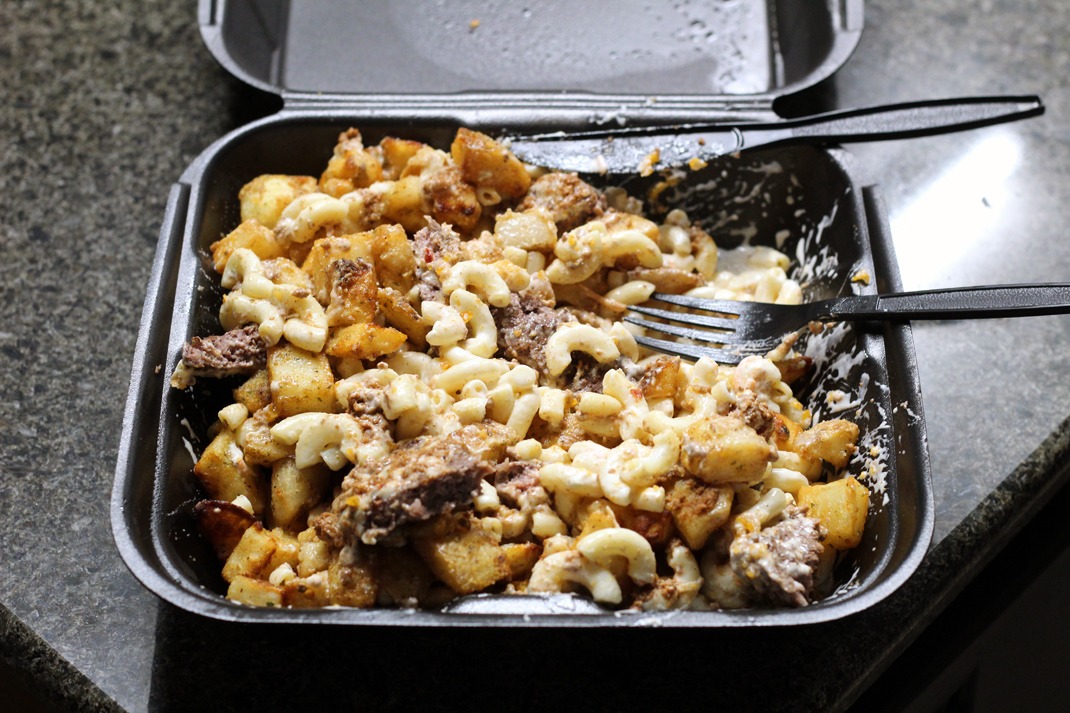 Happy Days On The Go is a bit of a throwback. I can only imagine that it’s what it was like to go to the first Bill Gray’s or Tom Wahls. It’s an ice cream stand that serves burgers and hotdogs. For $10.77 you can get the “slop plate”. Let’s discuss:

A solid burger, nothing special. The cheese was decent but not anything too exotic or surprising. I’d also like to mention that the burger isn’t seasoned particularly well, if at all.

The meat sauce had too much tomato in it. I could literally smell it in the car as I was driving home. The meat sauce does have a nice kick to it which helped to redeem the plate for me.

These clearly come from a bag, but they were enjoyable.

They give you a ton of food which is nice, but overall I felt that the plate tasted a bit muted. Like they didn’t want to offend anybody with this one. There was also too much mac salad on the plate, which made the end a bit of a slog.

Not much to say on this one, there are certainly worse places you could get a plate. There are also a lot of other places that are much better to get a plate. If you’re in the area it’s worth giving a shot, but I wouldn’t go out of my way for this one.

1 thought on “Happy Days On The Go – Review”