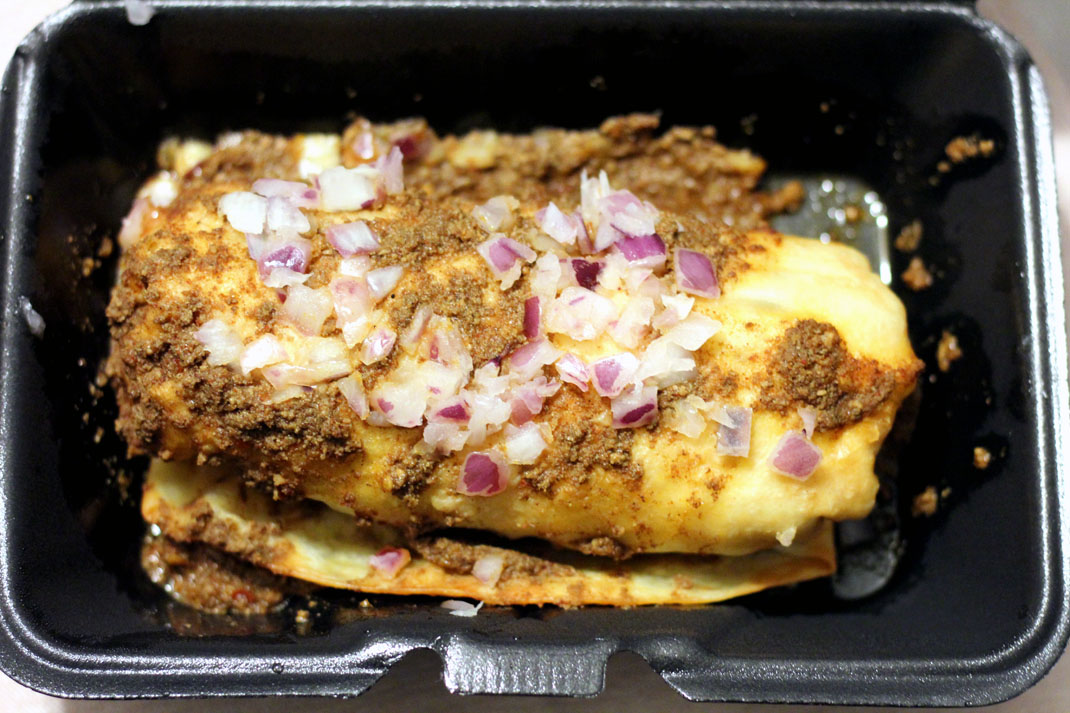 And now it’s time for something completely different. I’ve been on a Monty Python kick lately, which doesn’t really have much to do with garbage plates, but I figured it’d be a good way of introducing this one. Today we’re talking about the “Garbage Burrito” from Jose Joe’s. The burrito will run you about $10.88. It’s time we answer the question you’ve all been asking, “can a garbage plate be as good in such a confined space?” Let’s find out:

There were seven non-critical violations from an inspection conducted in February of 2020. This is a bit concerning. That said, a lot of the violations seemed to be ticky-tack stuff, such as, “12D: Toilet facilities inadequate, inconvenient, dirty, in disrepair, toilet paper missing, not self-closing doors, missing hand wash signs”. As a customer, I don’t much care if a restaurant bathroom has a hand washing sign. That said, it’s something to keep an eye on going forward as it may be an indication of lax health standards on the part of the restaurant. Having said all that, I would feel comfortable eating here again.

The burgers here were nothing special. I’ve learned that when you get a burger from a fast casual Tex-Mex place, you should keep your expectations low. These were the typical hockey puck style burgers that come frozen in a cardboard box.

The meat sauce had a nice kick to it. My only complaint is that I just wish there was more of it.

These were surprising. To have actual potatoes was not what I was expecting. They were almost like ruby red potatoes cut into wedges. Regardless, they were quite good.

Here was another surprise for me, the mac salad was a lot better than I expected. It even had carrots in it; which was a unique twist.

I suppose the burrito is technically a bread; but I’m not going to count it. It was a plain flour burrito; nothing special.

This was such a fun and unique twist on the standard plate. As you’re all aware, I get tired of trying the same thing over and over again. So any shake up, or innovation is great for me. I’ll also mention that their “dessert burrito” was enjoyable as well. This is one you should definitely check out if you’re tired of the same old plate served the same old way.