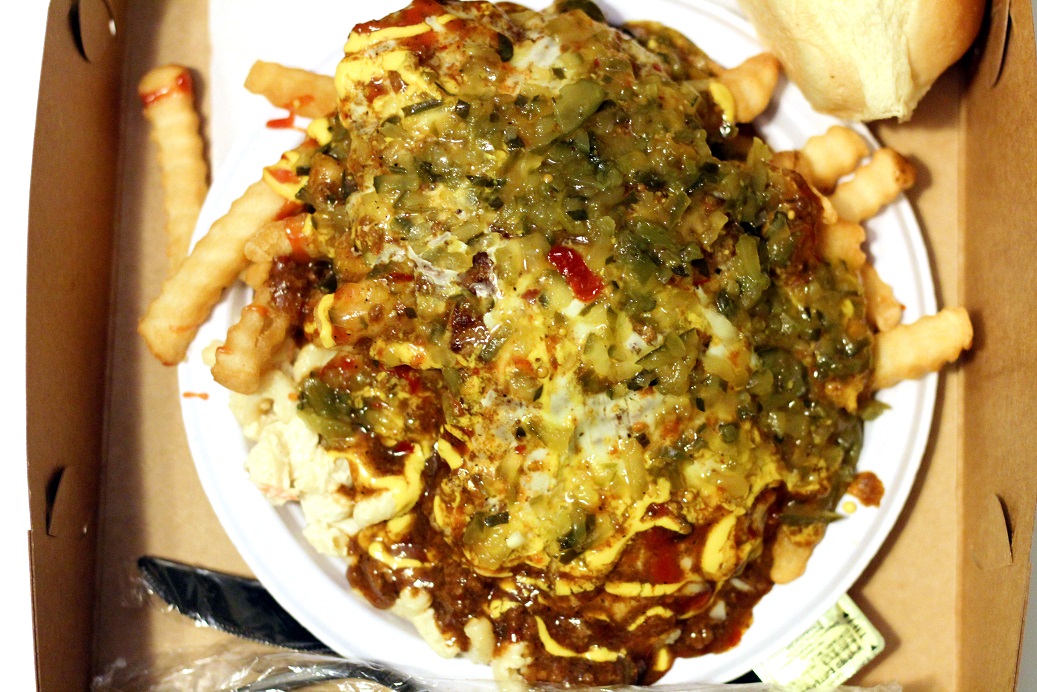 The other day I had the chance to check out Tom Wahl’s in Brighton. I will admit that in all my time of living in the Rochester area I’ve actually never been to Tom Wahl’s. I was always amused by their little jingo but knew very little about the place. I always assumed it was a simple burger joint. Upon arriving at Tom Wahl’s, after placing my order, I read a bit about the place. While there I had time to learn about the Tom Wahl’s story. I appreciated the family atmosphere that they have cultivated there; it’s a staple of WNY. At Tom Wahl’s they serve their version of the plate known as the “Junker Plate”. It’ll run you $10.36 for the standard two-cheeseburger plate. Of the “mediocre” plates in the area this is far and away the most expensive. Let’s break it down:

The burger was cooked well but not burned. An above average meat patty.

My initial thought upon opening (and smelling) my plate was “Did they really put relish on my plate?”. I learned that day that in fact; I happen to like relish on my plate. I don’t know if I’d eat it all the time but I enjoyed it on this particular plate. The meat sauce has a bit of a kick to it and I found it to be quite spicy.

By far the most disappointing part of this plate was the french fries. I had expected similar quality to the Schaller’s crinkle cut fries but these were stale and boring.

The mac salad was creamy, pleasant, and cut through the heat of the meat sauce well.

The bread was disappointing. It was fresh; but bland. I notice that this has become a trend. Why do restaurants insist on serving this stale boring white bread?

I mentioned earlier that I was skeptical of the relish on the plate. I want to re-iterate that relish on the plate is a bold step forward that I approve. It’s not something that I would have done myself but it was quite good. I was a skeptic, but now I am a believer (in relish on plates). The reason this plate didn’t score higher was that they added too much of the disappointing fries. They give you plenty of food and the meat sauce and relish, make this plate unique.