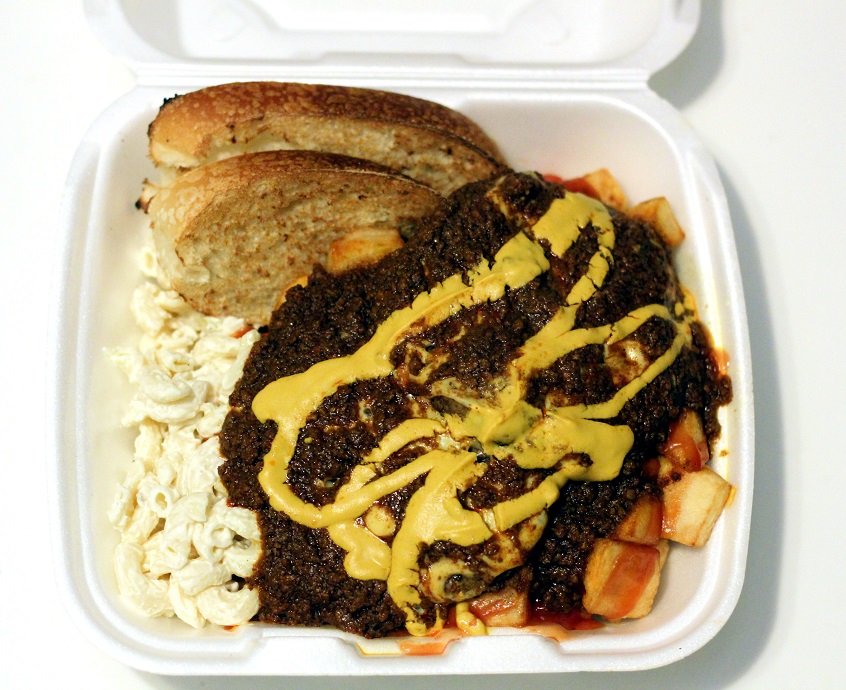 I had the chance to check out South Wedge Hot’s & Subs the other day. I want to start this review by pointing out that South Wedge Hots is in fact not in the south wedge. It’s on Monroe Ave. it’s sort of like how Park Ave bikes is not on park ave. I don’t understand why places do this. I can’t imagine consumers are going to a dining establishment because they named it after a place in Rochester that’s currently in vogue. Whatever the reason; I find it confusing. Now that we’ve got that out of the way; the “Monroe Ave” plate (two cheeseburgers) will cost you 9.67.

Unique to South Wedge Hots & Subs is the “frequent buyer” stamp card thing. You tend to see these things at Indian restaurants/sub shops where you buy 10 meals and you get one free. Loyalty cards are awesome and I am 100% in favor of more restaurants doing it. If I patronize your establishment often there should be some kind of reward for loyalty. While it’s a small gesture, this sort of lagniappe is appropriate and justified. I support any dining establishment that engages in loyalty programs.

Let’s break down the plate:

Oh Jesus Christ; I’ve never seen a report this bad. From the 8/23/17 report, highlights include:

This is a VERY bad sign. Had I known all this I wouldn’t have ventured into the establishment. I’ll talk about this later in my usual wrap up but this is rather alarming information.

Rather mediocre burgers. Frozen patties cooked on a range that we’re all familiar with.

The meat sauce seemed to have a kind of tomato base that I didn’t love but it was rather tangy and had a unique flavor to it.

The home fries were hot and quite good. They aren’t unique in any significant way but they were enjoyable.

The mac salad was a bit drier than my typical preference but I enjoyed it. I wish there was more of it (more about this later).

Another rather unique experience. I’ll start by mentioning that the bread here was rather bland and uninteresting. One could say that it was “missionary bread”. What was unique was that they took the time to toast it. It’s a nice gesture, but to my mind it’s akin to putting lipstick on a pig. You can’t hide the quality of your bread by toasting it. Then you’ll just have bland toasted bread. I do appreciate the effort though. I understand that toasting bread takes time; a precious luxury that we all to often take for granted.

After eating the plate I gave this section a three. I based my rating on the fact that I would have liked more mac salad and the bread was rather mediocre. That said, I’ve decided to do something unprecedented in my reviews. I’ve deducted not one; but TWO points from this part. I deducted these points due to the abysmal health inspection they received.

You should avoid this place until they’ve straightened out their sanitation practices.