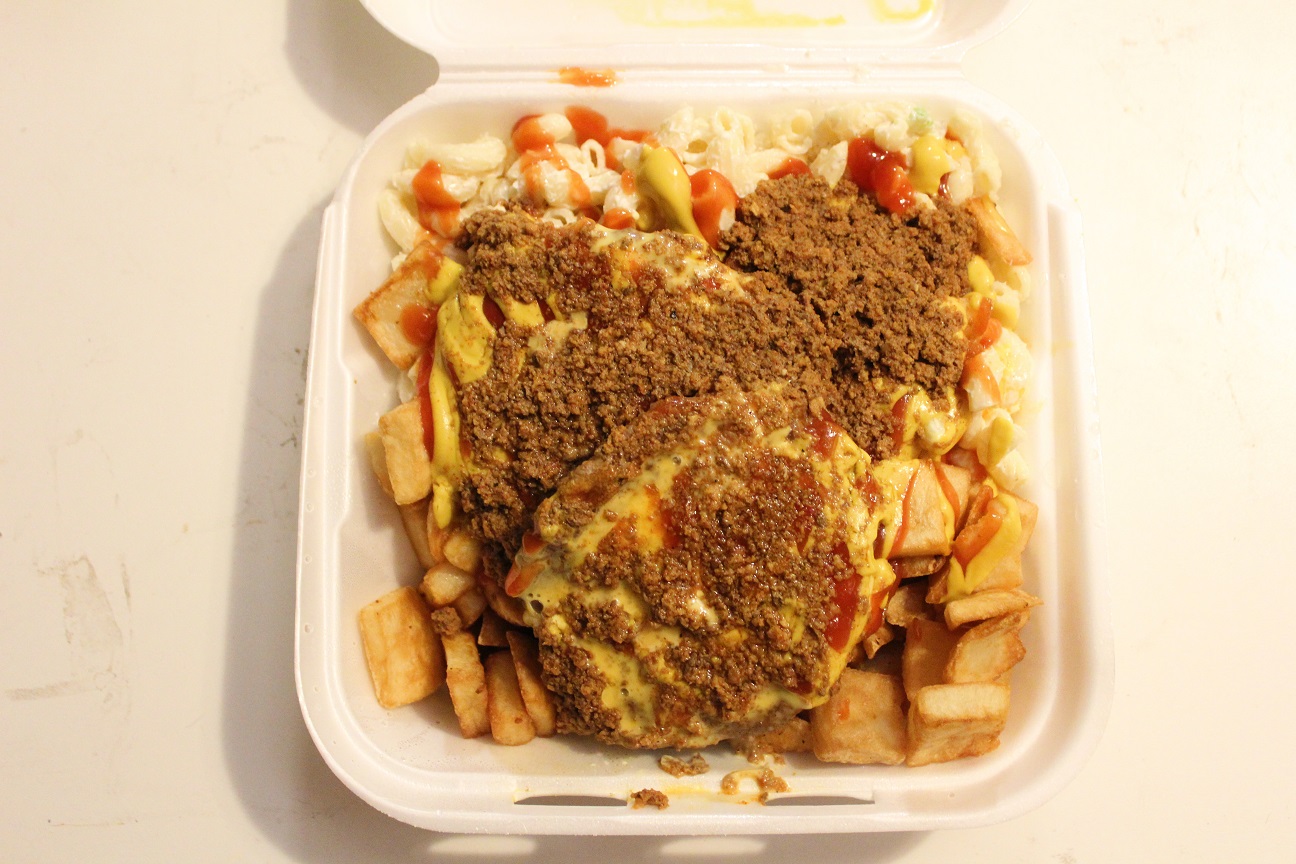 Welcome back everyone! Hopefully, you’ve had a productive start to 2018. The first plate of 2018 I’m going to review is the plate from Wimpy’s Burger Basket. Wimpy’s is another establishment that I’d been wanting to try for a while. Unfortunately, it’s locations (Greece, Gates) made it a bit of a trek for me. This plate will cost you 10.25 in total and comes out a tad slower than many of the other places I’ve reviewed. It’s not something I’m going to take points off for because good food should take time. I want to point out that you may want to order ahead; lest you stand there like a jackass like I did. I had my go-to plate here (two cheeseburger, mac salad, home fries, everything else but onion) which I enjoyed. When you say “everything” at Wimpy’s that includes ketchup which I was not expecting. They also have a “hell plate” option which I was not aware of and will be trying in the future.

They had minimal inspection notes. Although, there was one critical violation which gave me pause:

Cooked or prepared foods are subject to cross-contamination from raw foods.

Fucking, ew! This is not good. I hope that they have since fixed this (the last inspection was in March 2017). It’s something to keep an eye on going forward. Food cross-contamination is a big no-no. The video below is an egregious example but the point remains.

They cooked the burger’s well and the burgers weren’t overdone. The burgers are run-of-the-mill but the cooks did a nice job with them.

The meat sauce had a good texture to it but it was a bit boring.

The home fries were likely out of some bag and were nothing special.

The mac salad had good Al Dente noodles but it was a bit bland and lacked seasoning. I believe it’s made in house which earns them some bonus points in my book.

Boring burger-bun is what they distribute as the bread option. It was boring and fluffy. The only positive about the burger bun was that it was fresh and soft… like a sponge.

I initially had this as a four, until I read the *health inspection notes. The plate itself was well-balanced but there was a bit too much mac salad. Additionally, they put ketchup on the plate which is a bit unusual. I did say everything so I won’t fault them for that.