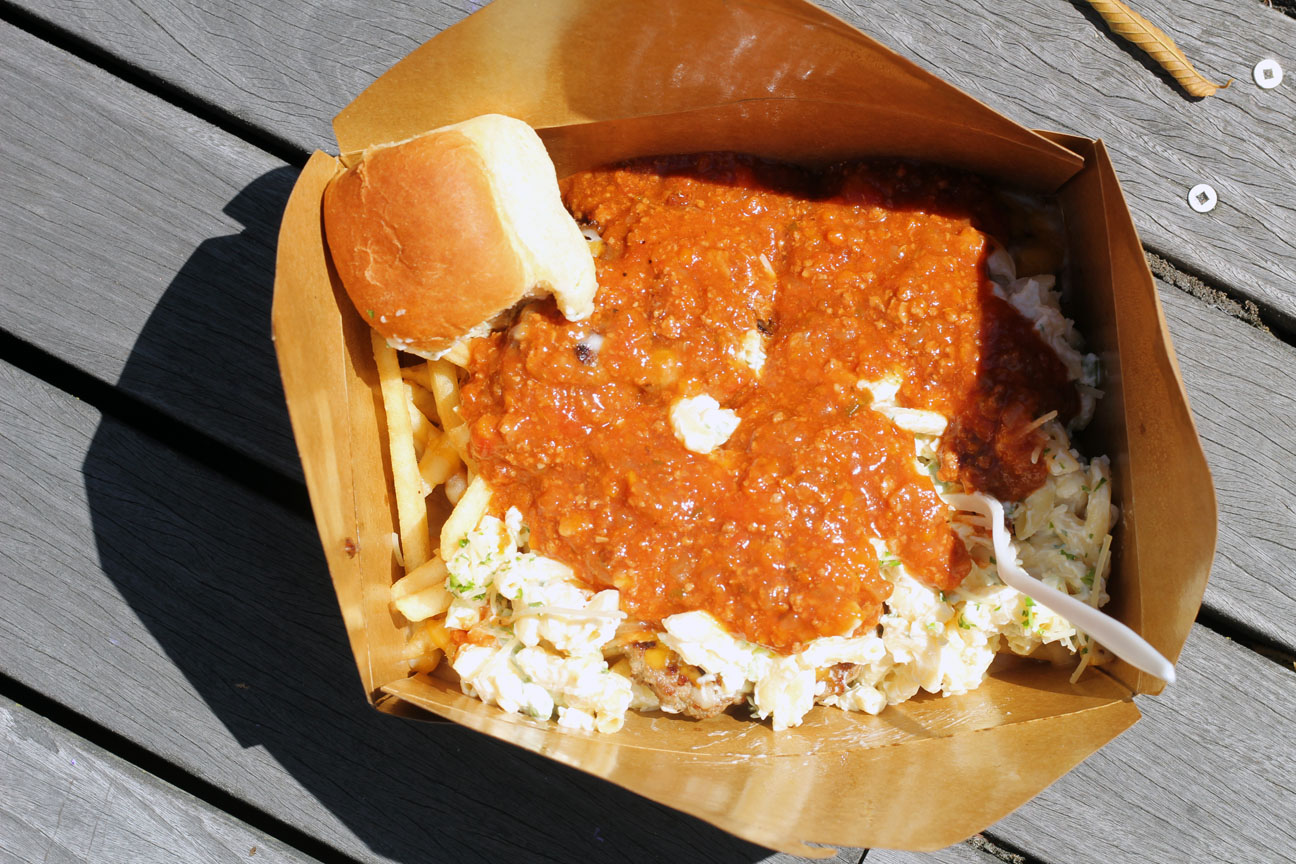 Once again, I was on the road to sample plates from around the country. This time I was in Seattle, where had the chance to check out Atlas Kitchen & Lounge. The prospect of trying a plate on the other side of the country is exciting. How would they do the meat sauce? What kind of twist would they put on the plate?

For 17.56(!?!?) you too can get an “Atlas Plate” (inspired by Rochester NY). Let me first start by saying that anything more than 11 dollars for a garbage plate is too much. Seventeen dollars is egregious and by far the most expensive plate I’ve purchased. This plate is not worth the expensive price tag that they tack on to it. It is one of the worst plates I’ve ever had the displeasure of eating.

Unfortunately, the photos of the plate were not high quality photos.They are washed out, and out of focus. I apologize for this and will work on getting better photos in the future. 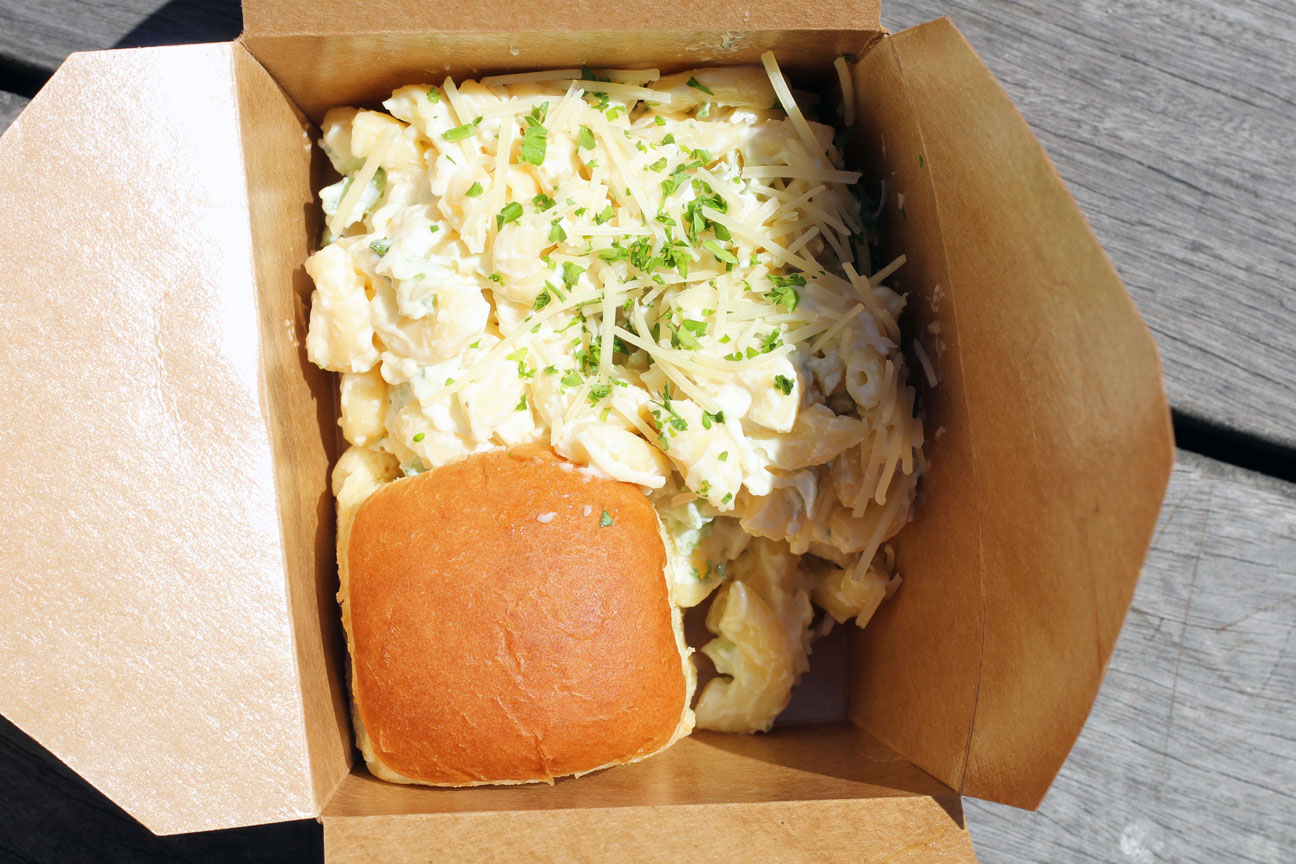 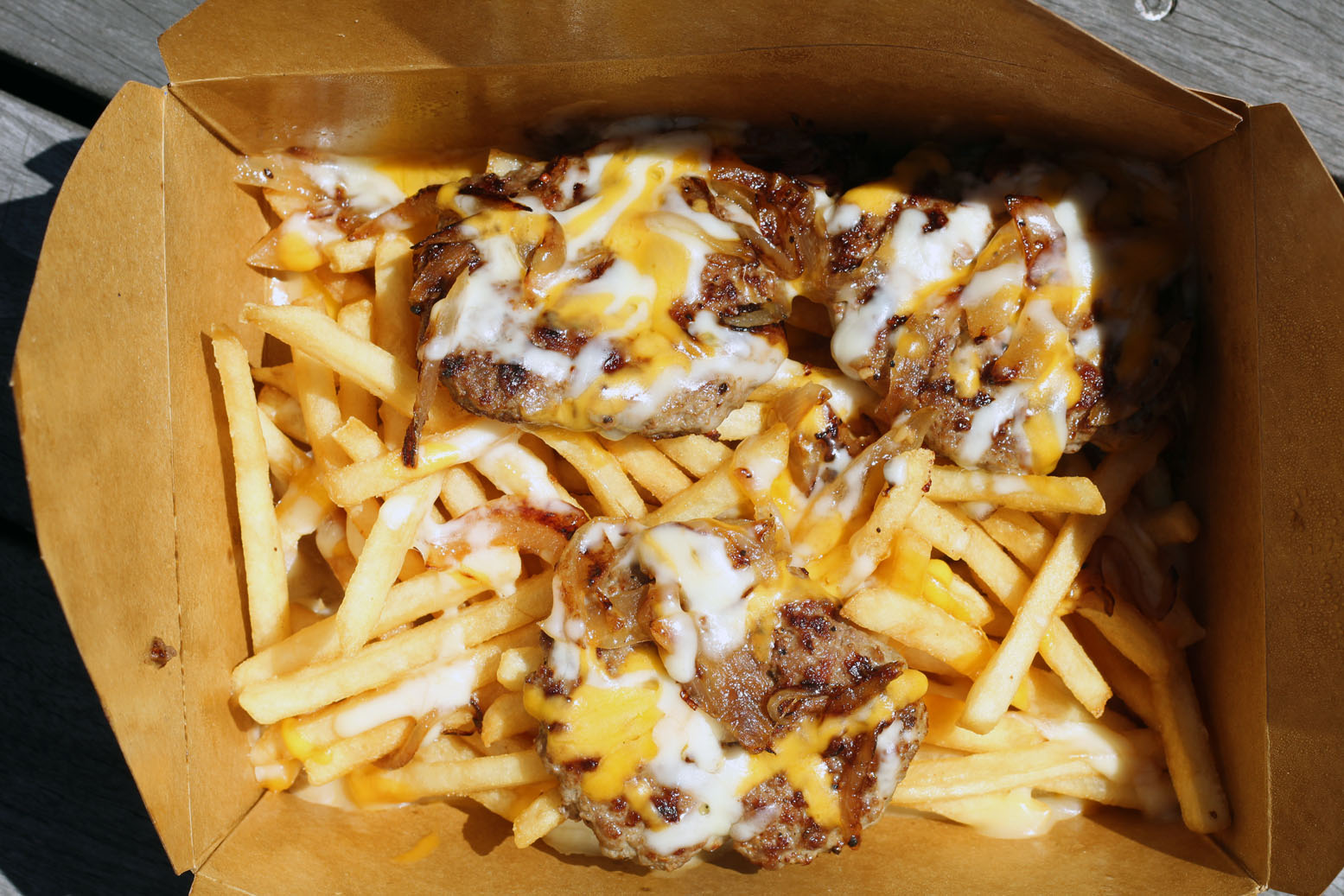 They give you three burger patties on the “whole” version of the plate. If you couldn’t tell from the photo they are a bit small. They use an odd combination of shredded cheeses instead of using slices. The burgers were a mediocre affair. Seattle has a litany of burger places that are quite good (Dick’s, Uneeda, Lil’ Woodies etc). This is not one of them.

This was the worst meat sauce I’ve ever eaten; bar none. It tasted like a cross between chef boyardee and how wet dog food smells.

I was a bit generous when rating these fries a four. They were crispy and cooked well although they weren’t special in any way. They remind me of McDonald’s fries except crispier.

The mac salad here was quite good. It had a different taste profile than I’m used to but it was not bad. It was flavorful and unique.

I received a Hawaiian roll with this plate. With the benefit of hindsight I can say that this was the best part of the whole experience. Hawaiian rolls; I hard fucks with them. The roll was fresh and doughy and made for an enjoyable side.

A lot went wrong here, but the primary issues were:

I didn’t mention the onions but they were overpowering and gross. I didn’t great after eating this plate. After eating a plate I am almost post-coital; this time around I felt gross and nauseous.

This is without a doubt the worst plate on my list; and yet somehow it is not the lowest rated plate on my list. This brings me to an important point. I would rather eat gross food, than food that’s been tainted by disease/handled improperly. I will choose food that I didn’t enjoy vs risk of food poisoning 100/100 times. Let that be a lesson to restaurateurs and chefs out there.