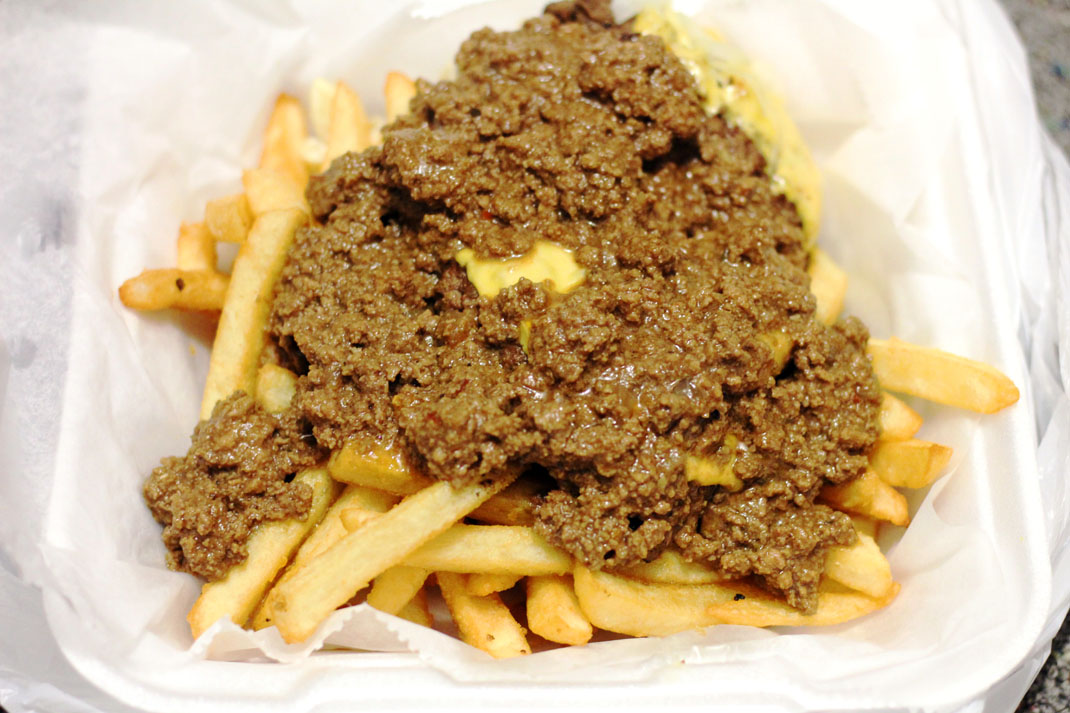 I’m not sure if other people experience this, and it happens rarely, but eating at Elmwood Inn transported me back to a different time and place. I had what I would call, “food deja vu”. When I was in college at RIT, I would go to The Commons to get food. Periodically, I would get their plate. Their plate, had a distinct taste, and for the longest time, I couldn’t quite put my finger on why that was. It wasn’t that their plate was particularly great, but it had a distinct taste that I had completely forgotten about until I ate the plate from Elmwood Inn. After eating the plate from Elmwood, I believe I have figured it out. For $15.23 you can get the “Elmwood Plate”. I quite enjoyed it, let’s talk about it:

I don’t see this as major issue; to me this isn’t as critical as the cross-contamination that we’ve seen in the past. I could of course be wrong, so if you’re a health inspector let me know in the comments below. No points will be deducted from their portion or composition, but it’s something to keep in mind when eating here.

I felt the burger here was nothing special, don’t get me wrong, it isn’t bad; it’s just not the best burger I’ve ever had. The cheese they used tasted like Kraft singles; it had a plastic texture.

What I liked about this plate is how they assembled the to-go order. They were kind enough to put the meat sauce in a separate container so that I could put on as much or as little as I wanted. Of course, I forgot to take a photo of this, but it did happen.

That said, the meat sauce here was solid, again; nothing earth shattering. It wasn’t all that spicy, but it was enjoyable. It was a bit greasy, but nothing obscene.

I believe that this was the source of my food deja vu. I think there’s something about the oil they used to fry the fries that was the same as they used when I was in college. That said, the fries here were great, they were exactly the kind of fries I like.

I enjoyed the mac salad, I felt they used a bit too much mac salad, but otherwise, I liked it. Additionally, the noodles were a bit overcooked.

This was a plate that I had a bit of difficulty finishing. The ingredients were quite rich, but they were a bit greasy. It also lacked the synergy that I would have liked. When you mixed it all together it just didn’t come together all that well.

I enjoyed this plate, my main concerns were that it was heavy; and was a bit greasy. It’s a great plate if you’re in the area, and would probably make a top ten if I compiled one today.