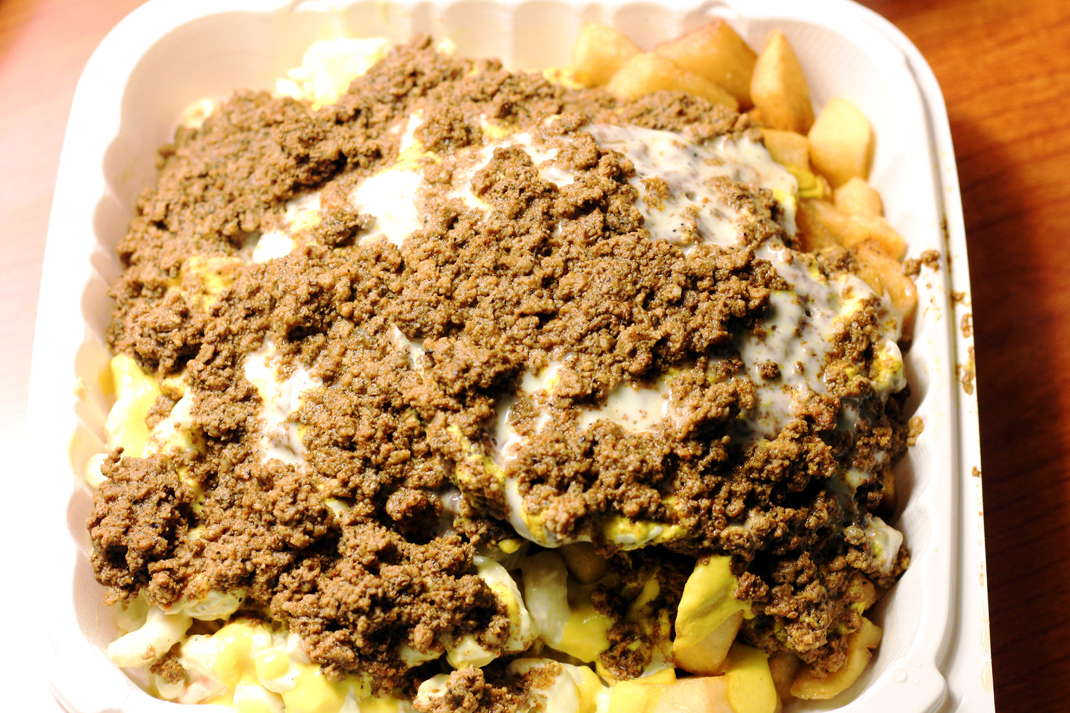 It’s been a long time since I’ve had a plate from Henrietta Hots. It’s been so long that when I originally set out to do this review, I learned that they had moved locations. Their new location is just down the road from their old location, and it’s a far more welcoming environment. It feels more “homey” and has a more family-style atmosphere. I’m the first to admit that it’s a bit strange to see such a stalwart in a new environment. Is this still the place that drunk RIT students go when they get the munchies at 2AM? (lmk in the comments below plz; for science). For 12.95 you can get their version of the classic plate we’ve all come to know and love. Let’s discuss:

There were numerous “non-critical” violations listed in an inspection done on 7/23/21. I would feel comfortable eating here again but I’d just keep an eye on this report as they should be due for a new one soon.

The burgers here were fine, the cheese they use is pretty low quality and had a plastic feel to it.

The meat sauce here is nothing special, a remarkably average affair.

Frozen bagged fries that were unseasoned and a bland.

The mac salad was good, but was a bit heavy on the mayo. It’s almost like a mac salad stew.

Although the bread was a bit bland, it was fresh and enjoyable.

One issue I had with this plate was that it was way too mac salad heavy and thus the whole thing was bogged down by an overwhelming taste of mayonnaise. Towards the end of the plate, I was just eating mac salad that had hints of meat sauce on it. It was also an incredibly greasy plate; more so than you’d typically find elsewhere.

This overall score of 3.67 puts it right on par with places like Nick Tahou’s and Happy Days on the Go, which is fitting. This plate is a massive improvement over the last time I was in here. I’m not sure how quick I’d be to eat here again, but it’s always an option for you when it’s late and you’re hungry.