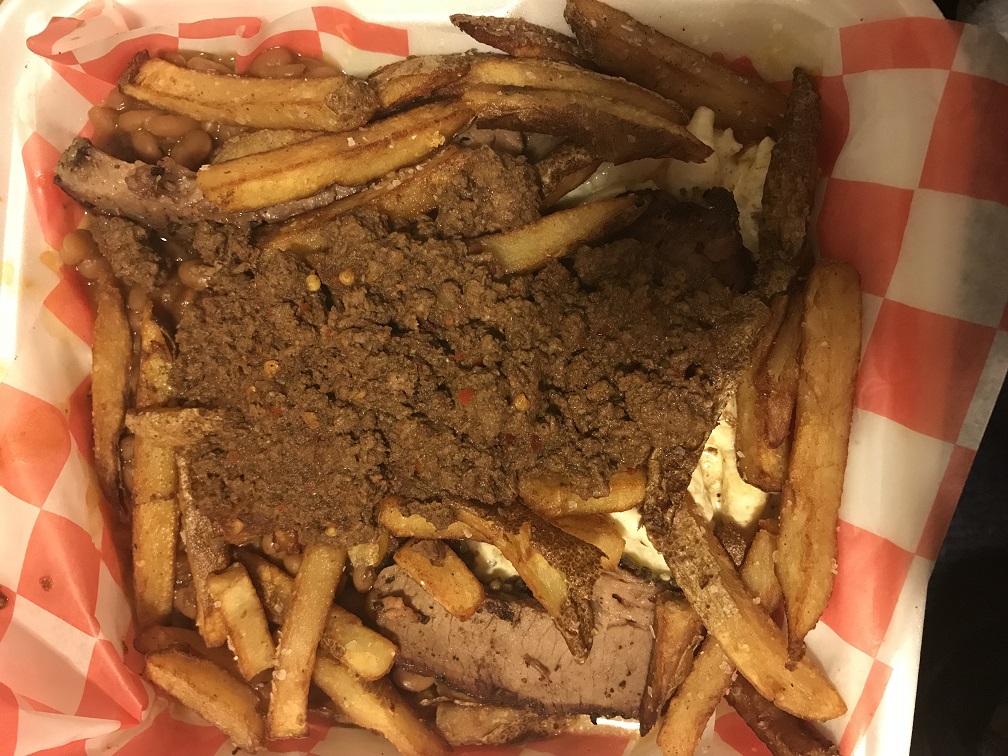 One of the best plates in Rochester is the “Sticky Icky plate” created by the good people at Sticky Lips. A unique aspect of their plate is that they include classic BBQ staples instead of the “ordinary” burgers on their plate. It’s hard to beat mouth-watering brisket with the regular ingredients that come with a plate. Once again I found myself enjoying a “deluxe” plate. It doesn’t take much to impress me but they came over the top with their selection. To boot the cornbread was moist and delicious. Imagine, cornbread instead of regular boring bread. They include beans with their plate which is a first for me. I don’t usually order baked beans, but theirs were quite good. A welcome addition to the plate experience. Now, this plate will cost you a whopping 13.99$ but it’s worth every penny:

This is a new section I’ve decided to add to my reviews from here on out. Food safety is important to me. I’ve seen enough episodes of kitchen nightmares to know that some kitchens are gross. Nobody wants contaminated/tainted food. NYS does a good job of keeping this information in a database.

Based on the inspection, Sticky Lips handles their food properly and safely. They did have some violations but nothing that concerned me.

Delicious brisket; mouth-watering, soft, not too fatty. An absolute delight, and goes well with the rest of the ingredients.

An above average sauce; had a great texture and flavor. Not to spicy or over-seasoned.

Clearly hand cut from real potato; not that Sysco frozen junk you see in so many places. I wish there were more of them but there was plenty to eat.

One of the parts of the plate that is lacking. They tend to overcook the pasta so the noodles aren’t al-dente; they end up being super soft and slimy. The choice of shells is interesting as they can trap the flavor inside. But because they overcook the pasta the shells don’t hold their shape. this is my one complaint about this plate.

Cornbread. Motherfucking; cornbread. Their cornbread is moist and delicious. I’ve been there on occasion where I’ve gotten somewhat dry cornbread. On this particular outing it was moist and very good.