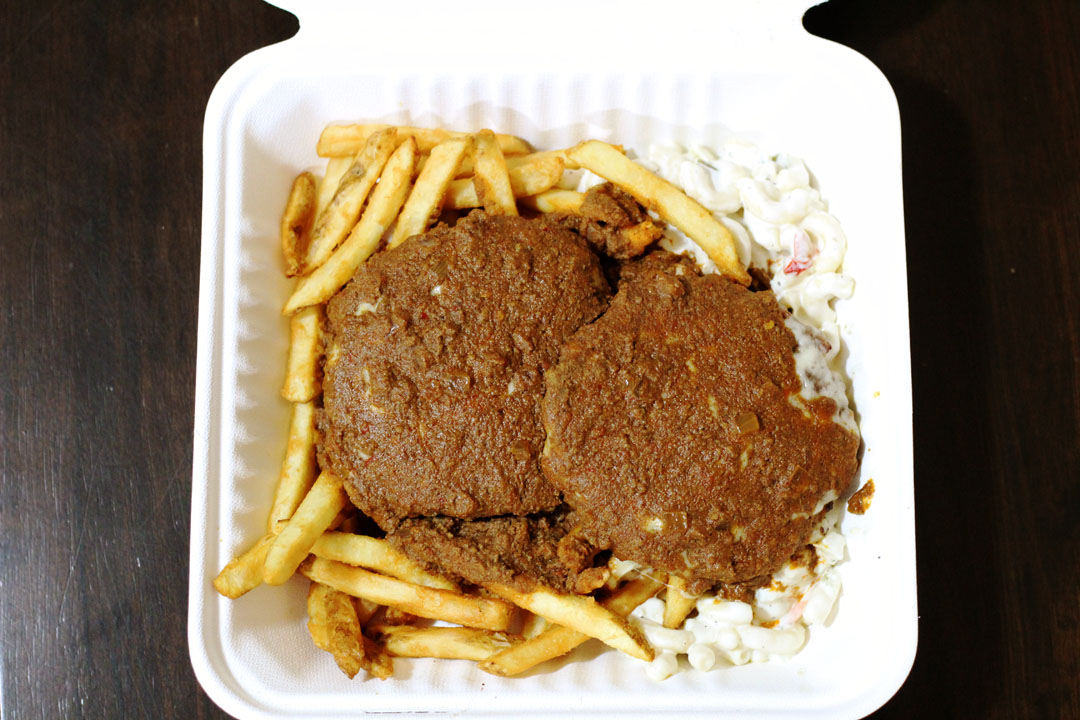 I wasn’t sure where I wanted to go to get my next plate. Thankfully, my Instagram followers came to the rescue. Many of you wrote in to tell me to get out to Salvatore’s for their plate; so I did. Salvatore’s has many locations. For this review, I am speaking of the location at 1985 East Main St. in Rochester. This is one of the nicer Salvatore’s that I’ve been to and they even have a bar in there. For 13.99 you can get the “Salvie Plate” which is your run-of-the-mill plate offering. Let’s break it down: 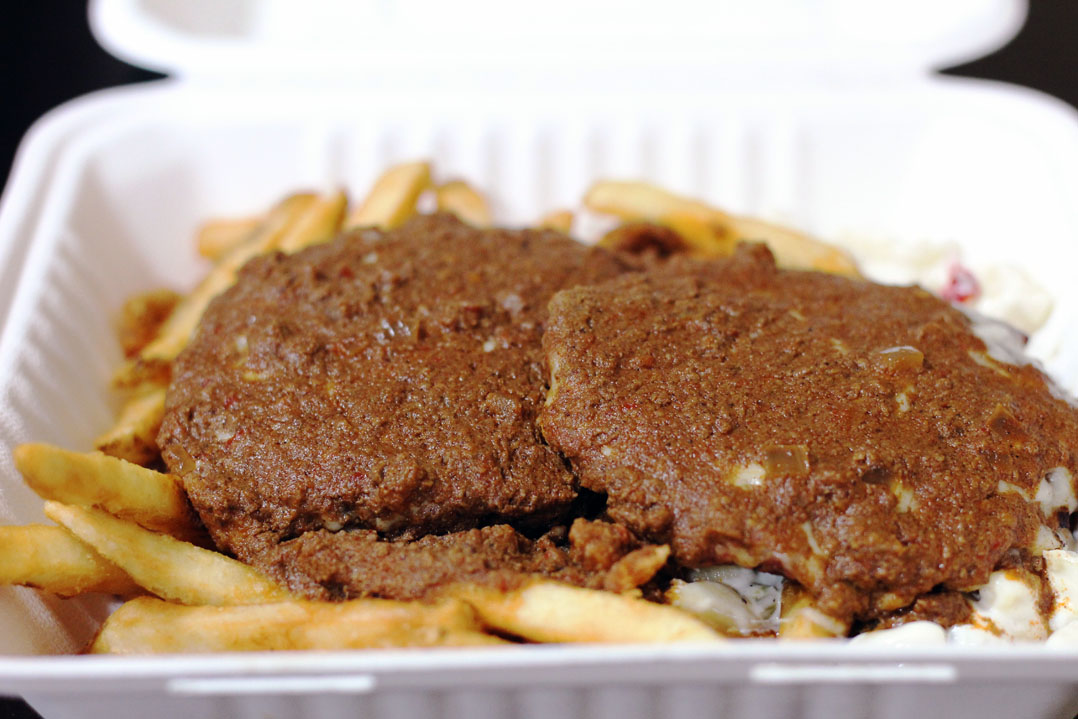 There were some minor issues but nothing major. Based on this report, I would say that this place is safe and sanitary.

Rather mediocre cheeseburgers. They were dry and rubbery like they’d been sitting in a freezer for a while.

I enjoyed the meat sauce, and it had quite a kick to it. That said the texture was odd and the taste was overpowering.

The fries were quite good; solid and crispy.

A rather mediocre affair; nothing special. The mac salad was also a bit mayo heavy for my personal liking.

You could do a lot worse than the plate from Salvatore’s. That said, you could also do a lot better. The plate was kind of what you’d expect from a pizza place. They give you a ton of food which is nice, but the meat sauce and mac salad have a way of overpowering the plate. As far as pizza places go, I’d recommend getting out to Ken’s Pizza Corner.